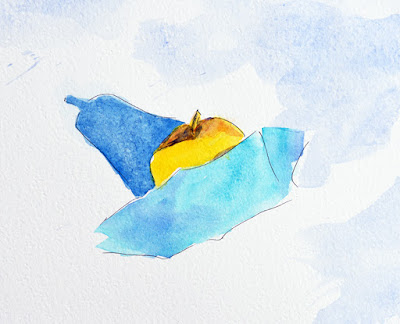 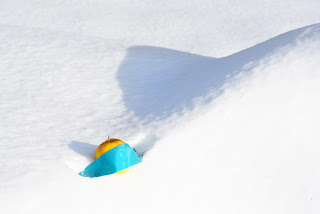 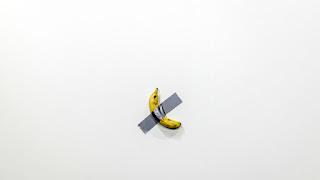 The notorious banana duct taped to a wall as art titled The Comedian along with some insightful observations in this intuitive article in GQ magazine.
This Banana Was Duct-Taped to a Wall.
It Sold for $120,000.
Brief excerpt:
"Here's the central rub with the banana duct-taped to a wall. It is both a funny critique of the absurdities of art and capitalism, yet it is inherently part of that problem, too. It's having your cake and eating it too (although maybe "having your banana bread" would be more appropriate here). Art is valuable and artists certainly deserve to be paid for their work. Nobody gets to define what isn't art, and The Comedian is absolutely art. Heck, it might even be powerful art, given how much chatter it has already inspired. The Comedian is just laughing along with the people it's making fun of, and that's a bummer.
So, is the banana duct-taped to a wall Good or Bad? I don't know, man. It's higher in potassium than most art, so maybe let's just say, by that metric, it's Good."
Read the full article HERE.